Making history? All in a day’s work for Francis Marion’s Kristalyn Steadman 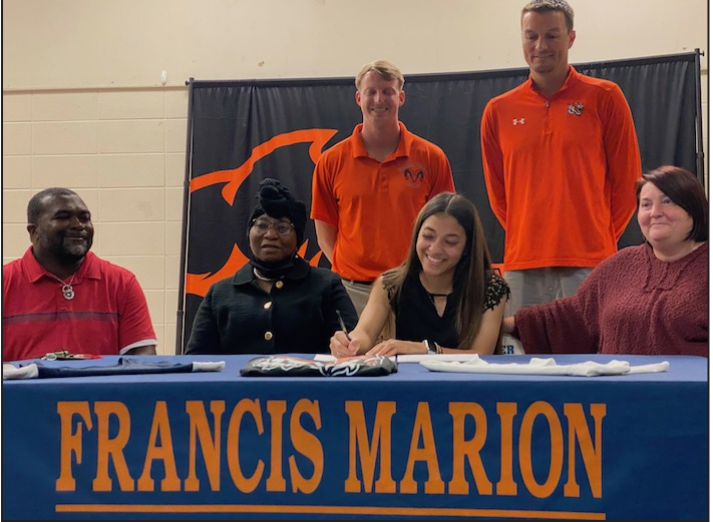 Steadman is the first student from Francis Marion to attend MMI in many years, as far back as any current teachers at the school can remember. Last but not least, she’s the first athlete to sign on to join MMI’s first ever track and field team.

Needless to say, March 23 was a monumental day for Kristalyn, her family, Francis Marion, MMI, and the community of Marion. She’s the first to accomplish many of these feats, but she will certainly not be the last from Francis Marion to achieve such success.

“Keep an eye out for the success this young lady will have at MMI as an athlete, student, and cadet,” said Running Rams coach John Bolding.