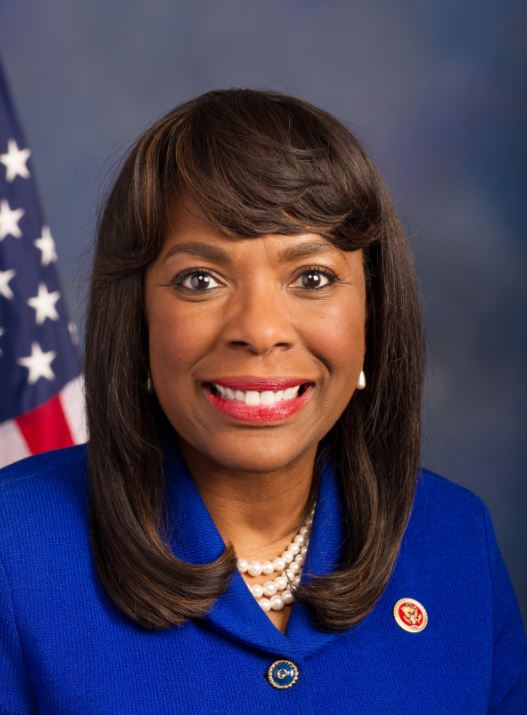 Marion Military Institute hosted United States Representative for Alabama District 7, Terri Sewell, on Thursday, April 21. As a part of the congresswoman’s tour of town halls throughout her district, Sewell engaged citizens, media, and students in varied discussions on the state of local and federal politics. Held in MMI’s Chapel, Sewell met separately with media, prior to the public town hall session. There, the congresswoman previewed her efforts in championing improvements to infrastructure across Alabama’s Black Belt. These include expansions to broadband and securing proper sanitation for rural communities with failing septic systems.
“The pandemic has laid bare the systemic disinvestments that have happened all across America,” said Sewell about investments in Marion’s water and sewer infrastructure. “I’m just proud to be able to partner with the city of Marion and for them to receive almost $500,000 from the federal government for water infrastructure, alone.”
The federal assistance will come in the form of a grant which will take the shape of a community project to improve Marion’s municipal water and sewage system. The congresswoman also revealed that she would be on-hand in the city of Marion when the time comes to present the check for that grant. The grant money will total $480,000 for the project.
When pressed on environmental issues in communities like Uniontown, which has been actively combatting the Arrowhead Landfill for nearly 20 years, Sewell said, “Environmental injustice is really important to me,” adding, “we in the Black Belt are starved for economic development, and I think that it’s important to provide folks with the resources to be able to recruit industry, such as the catfish processing plant that’s also in Uniontown.” Sewell went on to say that with fostering industry, citizens of Uniontown would “not just have to settle for a landfill—to receive other people’s trash,” as a way of boosting economic development.
During the town hall, Sewell described not only portions of the American Rescue Plan that directly benefitted parts of Perry County, but improvements brought about by the Infrastructure Investment & Jobs Act. Portions of both pieces of legislation have gone towards infrastructure improvements at both the state and local levels, in areas like broadband expansion for rural municipalities. Sewell also talked at length about her career in Alabama and United States politics, reflecting on her entry into Princeton University before transitioning to Oxford University in England. Sewell also shared, at length, the process and procedure involved when applying for federal grants.
Upon concluding the town hall, Rep. Sewell posed for pictures with an array of local politicians and citizens, including the students present from Breakthrough Charter School. The town hall was the first of two stops in Rep. Sewell’s trip to Perry County, as later she met with Gov. Kay Ivey and other politicians at the ribbon cutting ceremony for the Perry County Parole Reentry Facility.