Home > News > Whose district are you in now? Perry has new state legislative districts for May 24 primary

Whose district are you in now? Perry has new state legislative districts for May 24 primary 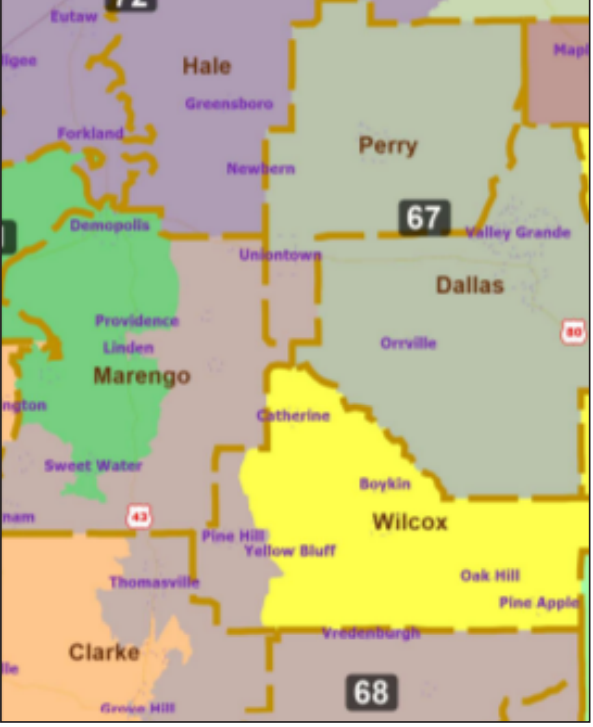 Pay attention to your voter registration information for this year’s Primary Election in Perry County. Due to the legislative reapportionment that follows the Federal census every 10 years, Perry Countians have been placed in new legislative districts.

Most Perry Countians had been used to voting in the District 72 election for the Alabama House of Representatives. That seat has long been held by Rep. Ralph Howard of Greensboro. But with the 2022 election, that will change. Most of Perry County is now in District 67. There are two candidates seeking the nomination for that office on this year’s Democratic ballot, Prince Chestnut and Larine Irby Pettway.

Perry Countians living south of Highway 80 will find themselves now in District 68, which is held by longtime legislator Rep. Thomas Jackson of Clarke County. Jackson is unopposed for the Democratic nomination to his seat.

Sen. Malika Sanders-Fortier, who is seeking the Democratic nomination for Governor in this year’s primary, had previously held that seat. Before her, it had been held by her father, well-known Selma attorney Hank Sanders. This year, Sanders is among four candidates vying for the nomination to the seat. The full field of candidates for the Democratic nomination to District 23 will be: Darrio Melton, Hank Sanders, Thayer ‘Bear’ Spencer, and Robert L. Stewart.