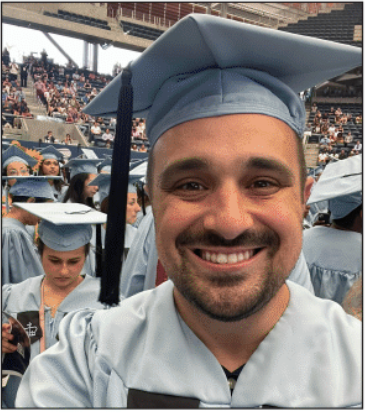 Darren Ramalho, the director of Breakthrough Charter School in Marion, recently attended commencement exercises at Columbia University in New York. He earned a master’s degree in education from the university’s Teachers College.

Ramalho came to the Black Belt as a Teach for America fellow in 2015 and taught at Robert C. Hatch School for a number of years before founding Breakthrough. He is originally from California and holds a bachelor’s degree from U.C.L.A.

A delayed flight due to severe weather nearly dashed Ramalho’s plans to celebrate his commencement in person, but was able to secure an early-morning flight from Huntsville that allowed him to arrive on time.

In addition to completing his master’s degree, Ramalho is capping off a successful first year with Breakthrough, which has plans to expand next year.