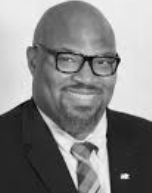 The City of Uniontown has reportedly dismissed its police chief after less than one year.

Reports began to circulate on social media Tuesday that the chief’s firing had been announced to the City Council at their meeting the night before.

Demarcus Keon Weems, who was formerly the police chief of Mosses, in Lowndes County, came to Uniontown last summer to take the job as the city’s top law enforcement officer.

Weems has reportedly submitted a letter to the city appealing his dismissal.

The Herald attempted to contact Uniontown City Hall on Tuesday, and left a message inquiring about the reports, but request for more information had not been returned as of press time Wednesday morning.