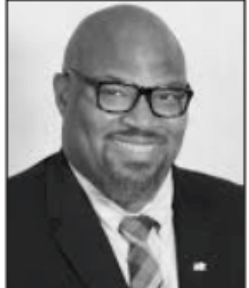 Reports began to circulate on Monday, May 2 that Uniontown’s Police Chief, Demarcus Weems, had been terminated from that position on that day. He reportedly submitted a letter to Uniontown’s city council at their first meeting of the month, also held Monday, May 2, appealing his dismissal.

Weems, who was formerly the police chief of the small town of Mosses in Lowndes County, was sworn in to the position on Aug. 23 of last year.

There was little public discussion of the matter at the council’s first May meeting, and that pattern continued at the council’s second and final meeting of the month, held Monday night, May 16.

The Herald contacted Uniontown City Hall Monday before the meeting to inquire about the matter. The person who answered the phone in the City Clerk’s office said she was, “Not at liberty to say” whether the town’s police chief had been fired or was still employed.

When asked if the Council intended to discuss the matter at their meeting that night, she said, “That will be discussed in executive session because of good name and character.”

One of the city’s officers delivered the department’s monthly report to the council Monday night in Weems’ absence.

The town reportedly has only three police officers at this point, according to reports from Monday’s meeting. They have had to take up more responsiblity in recent weeks, said councilmembers.

Councilmember Ronald Miller brought up the issue, asking if the mayor had the right to terminate the police chief without a vote of the council. The council then voted to approve a motion to terminate Weems.

Miller said the city “need[s] to be proactive” in dealing with police department issues. The council is reportedly looking to hire more officers.